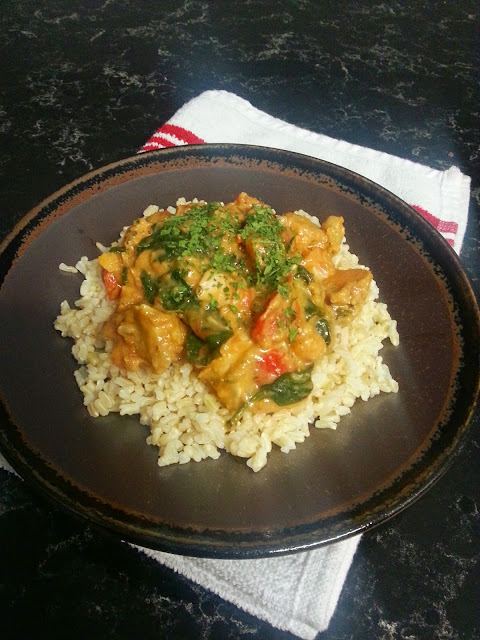 Who doesn't love peanuts? When I think of using peanut flavours in cooking I think of a few things - pad thai, satay sticks, largely Asian cuisine.  Alternatively it evokes thoughts of biscuits, peanut brittle, peanut and chocolate treats.  What doesn't instantly spring to mind is African cooking. And yet peanut is a major player in African cuisine.  Add chicken and sweet potato to the peanuts and you have a match! Yum.

The following is my take on a West African Maafe (peanut butter stew).  Maafe was originally made by the Mandinka and Bambara people of Mali, and regional recipes vary somewhat.  It can contain any meat.  Some even use hard boiled eggs in it, which could be a good option if you are cooking vegetarian.  I'll leave them out of my stew this time.  The dish varies from region to region.  It typically includes tomatoes, onion, garlic, root vegetables, cabbage, and leaf vegetables.  It is either served on rice, couscous or on mashed sweet potatoes (eg in the ivory coast).  I have elected to substitute the  cabbage for capsicum because, well, yum, and to use sweet potatoes in it. I'll serve it on brown rice to add to the nutty flavour.

I've elected to try to use up some food in my pantry fridge and freezer, and this meal was a good way for me.  I already had canned tomatoes, peanut butter, chicken stock, garlic, ginger, rice, the spices and frozen chicken.  So shopping was really just sweet potato, spinach, onion and capsicum today.  Go go gadget budgeting!

There was a lot of variation in recipes I've found.  I've already listed a few of them above.  I'm keen to try serving it on mashed sweet potato with other root vegetables in the mix some time.  Other recipes I've found have ground the peanuts in the blender rather than using peanut butter - but I feel too lazy for that. 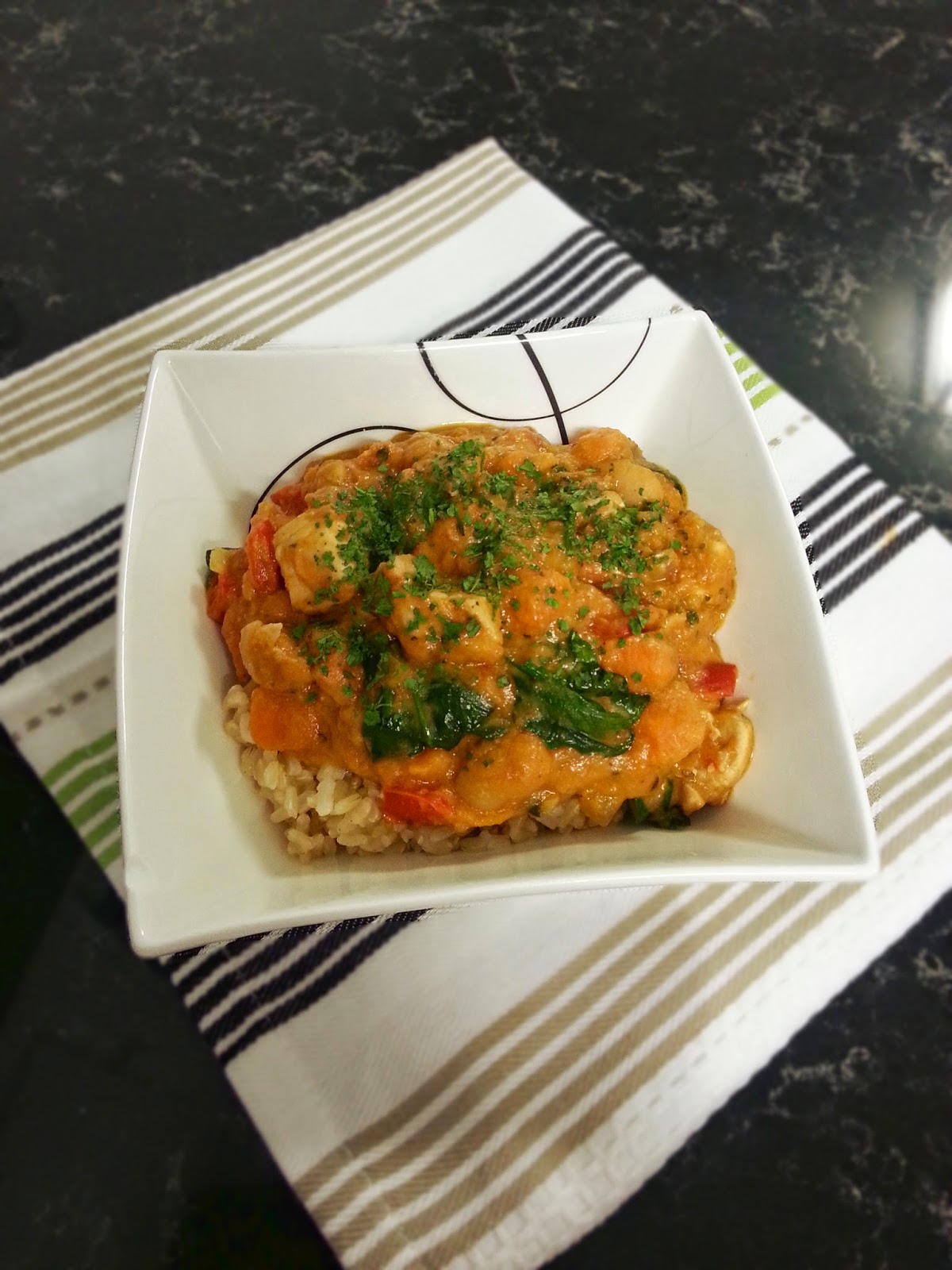 It makes so much!!! The two of us are sorted for four nights! Monday to Thursday covered!  Interestingly, the flavours infuse more every night, so it gets better at every meal.  Maafe would serve a big group of friends or family.  Halve the recipe if you only want to serve 4.  I'd guess it would taste yummy with some crusty bread as well.  It takes a long time but is totally worth it and because of how much it makes - it is economical.  We really liked this.  All of the flavours came together for a rich creamy deliciousness.  It makes for a hearty, hearty Winter dinner.  I may have hit the fridge late night with some leftover flat bread from a certain other recipe yet to be posted on this site in the future....and may have enjoyed some saucey goodness.....and it may have been good....

I used butter beans, which you will see in my pics, but, while tasty, I don't think they're necessary so I have removed them from the ingredients list above.  Next time I will just use thighs, because they tasted softer and went better with this meal than the breasts.  I found myself licking the stirring spoon throughout the cooking process.....nom....don't tell the Dragon.

Comment below about your thoughts or ideas on this.  What other African recipes would you like to see tried in the bunny burrow? Or alternatively, what other peanut based meals would you like me to spin?
Posted by Bunny at 23:31