Spiced Lamb with Hummus and Tabouleh 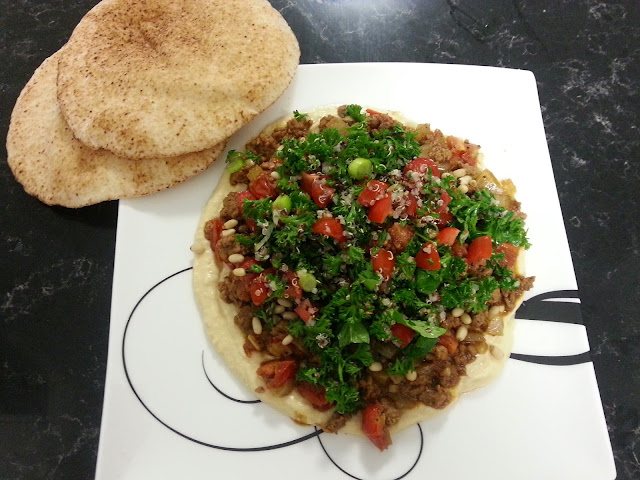 I discovered that I really quite like baharat.  It is flavourful but not spicy.  In looking for uses for this spice, I stumbled across an idea: a Pakistani-style savoury mince served with some common Middle Eastern additions - hummus (yum), tabouleh (yum), shared from one big plate with flat bread.  Sounds like a fun idea, right?  Well it was pretty simple and made for a different dinner experience.  It also helped me find another use for my baharat spice mix.  Sharing the meal together from one plate rather than having individual dishes made for some good connection and conversation time.  It was fun.

This meal is simple and quick if you use pre-made hummus and tabouleh from the shops.  Or you can make both from scratch and go all out.  I elected to purchase the hummus but make the tabbouleh.  I used my quinoa tabouleh recipe which you can find here.  It makes way more than is needed for this meal, but you can use the leftovers in a bunch of different ways.  You can find heaps of hummus recipes online if you want to make it from scratch.

Both hummus and tabouleh should be served at room temperature or warm, never cold from the fridge.  This is important.

As with any savoury mince, you could use the base in any sauce, on its own with a side of vegetables, or over couscous or rice, or even on a pizza!  You could also serve the components of this in a wrap rather than on flat bread.  Tabouleh isn't generally served in this kind of meal, so you could just leave it out and just use parsley or coriander leaves instead.  You could also add chilli if you wanted it to be spicier. 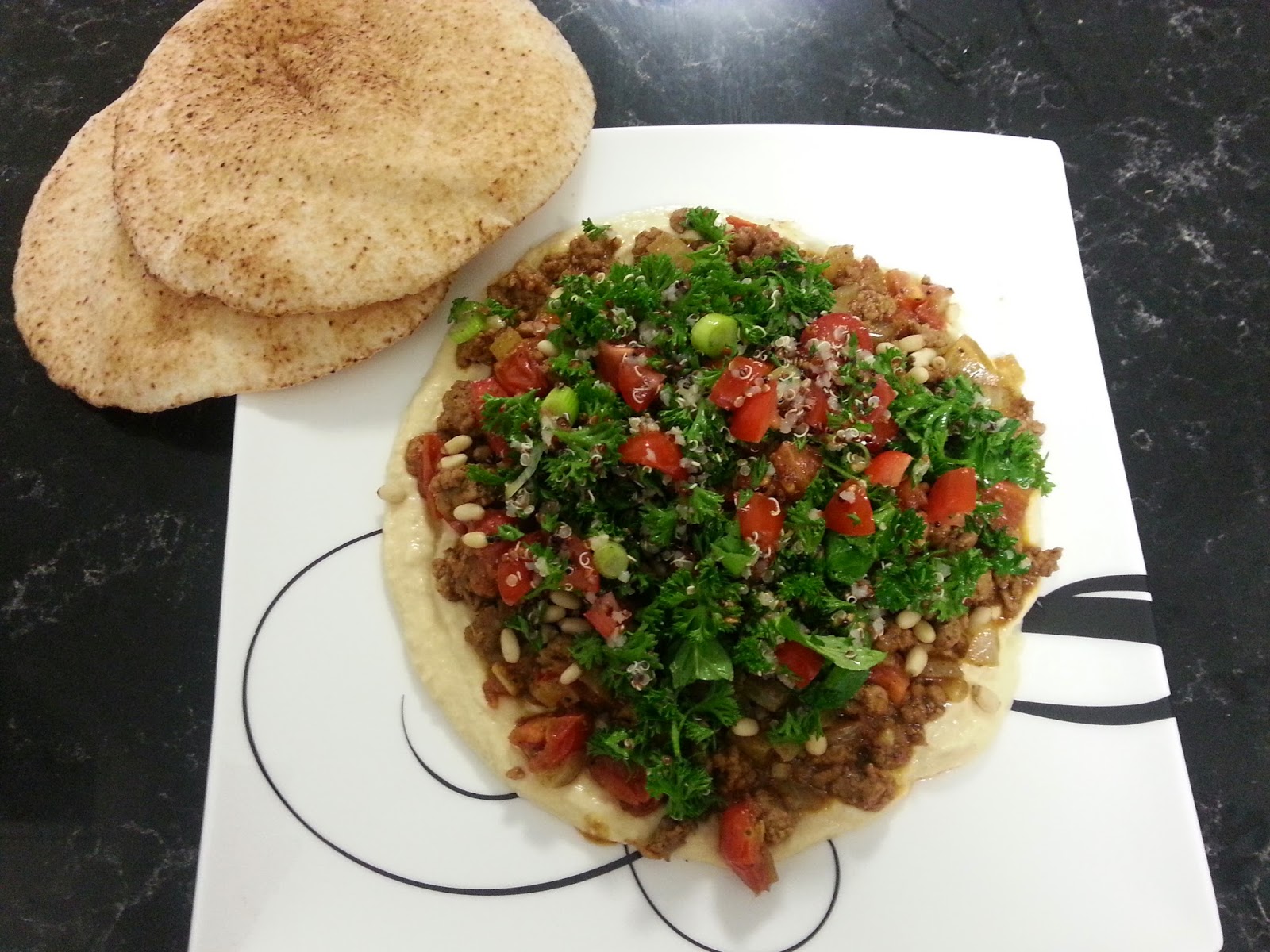 Eating off the one plate feels so intimate and warm and makes for giggles when either of you drops some/it gets to be messy fun.  It has been a tradition for centuries in various countries for a reason.  It just works.  I wouldn't do it with people I wasn't that close to though, might feel a bit weird.  Warning - don't wear your best clothes for this. I got some on my PJs and some on the table.  You will definitely need a fork as well as your bread.  If you don't like the idea of using the bread, you could just eat it with forks and it would still be nice.  After playing for a while the Dragon started putting pita bread hats on top of his fork full of the meal rather than the other way around.  So get creative and find what works for you!  Food enjoyment is so subjective - there are no rules!

I think that these ingredients would work well in a wrap, and will try that next time.  Or, given that the hummus base makes it look like a pizza, I may try doing it on a pizza base sometime instead of with flat bread.

I'd love to hear your thoughts/ideas!
Posted by Bunny at 17:13